While waiting for some additional playtest feedback, the proofread is coming down to little things… a tweak to the Persons table, and to the Persons Focus table in Unexpected Events; a couple wording changes for clarity regarding beasts & monsters. Some minor changes to clarify how powers work.

There will be more recordings of gameplay, and I have been double-checking Libre Solo Role Playing’s GM engine with other, mostly rules-light to rules-medium systems. To sum up, as long as there is a traditional GM-player relationship, a dice-based skill system and conflict resolution, the GM engine pretty much works.

What about RPGs without a built-in skill system, for example OSR games? The short answer is that some OSR games do have ways to make skill checks, for example by rolling d20 against an attribute. Almost all of these games also have some variation of saving throws or saving rolls. Making a save to avoid a threat, and the consequence when that save is failed, is equivalent to a skill check. Yeah — the consequences for failed saving rolls in OSR are dangerous or deadly. Building an obstacle scene around saving rolls is brutal. Libre Solo Role Playing’s encounter scenes are a more natural fit with OSR: Libre Solo Role Playing’s random foe group generation can be unforgiving, and the player needs to be shrewd about when and how to engage in conflicts, and when to try and back away carefully.

Diceless games also get weird. The GM engine needs dice. The player rolls to set up scenes, test plot stress, ask yes-no questions and handle unexpected events. It is possible for the player to resolve skill checks in another RPG system without rolling. But many storytelling games operate on consensus, or they have some other structure than a traditional GM-player relationship. It would take some contorting to make the GM engine work that way.

Then there’s this little gem: 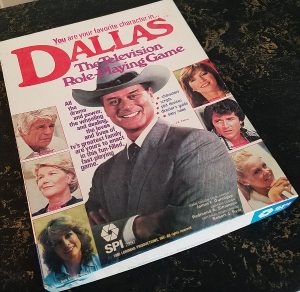 Does it play solo?The short answer: “probably not well”. The game doesn’t use scene qualities, and it’s pretty limited to obstacle scenes around testing social skills. Much as I appreciate this game as a product of its time, I’m not in a hurry to find out if it can be shoehorned into solo play.

The big one I’m still unsure about are the PbtA games. I think it should be a solid fit, since PbtA games  treat skill checks and consequences for failure similar to the way Libre Solo Role Playing does. But I don’t have the experience with these games that some of the playtesters do. So I hope to find out more from other folks who are currently still reviewing the book and system.